The Danish national team is coming to Baku 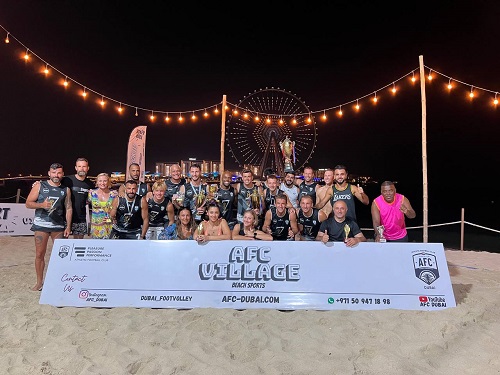 The qualifying round of the World Footvolley Championship in the United Arab Emirates has concluded.

The Danish team celebrated the victory in the competition held in Dubai.

In the final, which was the scene of a serious fight, the duo Fabio and Kiko, who defeated the local couple Lorenzo and Max, lifted the trophy.

The Italian national team of Angelo and Gaga won a bronze medal in the competition held under the slogan "Road to Baku" of the International Footvolley Federation.

The awards of the tournament, held on the beach in Dubai, were presented by the Secretary General of the International Federation Afgan Hamzayev and the head of the local football federation Kevin Deneker. Lorenzo and Fabio, two "best" footballers, were awarded a special BFF prize.

It should be noted that the competition lasted for two days.