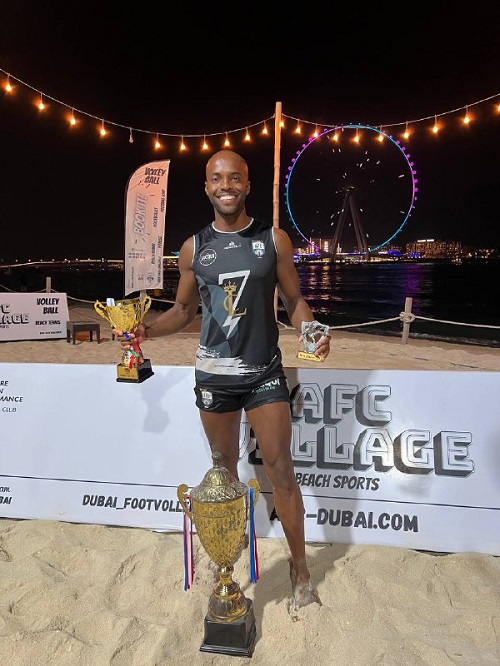 Fabio, one of the stars of the qualifying round of the World Cup in Dubai, who won gold medals with Denmark.

The footvolley player, who is a teammate of Kiko, said that the final match was difficult, but in the end they gathered and won: “It was difficult, especially in the final. Lorenzo plays great footvolley, but we were stronger. The game with Kevin (another UAE team in the tournament) was not an easy one. I think we won due to perseverance. "

Fabio said he wanted to play at the World Cup in Baku, which would be a great experience for them. I know that there will be "dragons" in Baku (laughs (PS refers to the Brazilians)). We performed well in the UAE. We have no intention of going underground. We will go out and fight. "

The next qualifying tournament in footvolley will be held on April 17-20 in Batumi, Georgia.